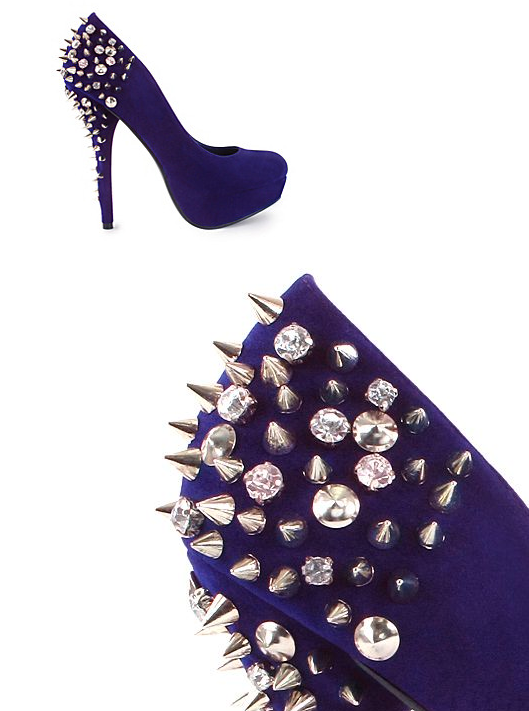 On my wish list for the holiday this season are some studded shoes; whether it be flats, pumps or boots.  Just when I thought it was over, studs and nailheads make its’ way back into trend and modernized itself with a twist.  A couple of years back, it was the pryamid studs that were in style and seen everywhere in magazines.  However, this season, it can be any kind of studs from flat, dome, to bullet style.

Besides on shoes, studs has also become very popular on light denim jackets with a slow movement towards the late 80s and early 90s coming back.

What do you think of the selections above?